Aalto Studios’ multi-camera studio at Roihupelto doubles as a motion capture studio. Infrared cameras that capture movements are located on the walls. The motion capture function is currently in use by an exciting film production, Mirages. To be released in late 2019, the music and dance film is breaking barriers in modern filmmaking in many ways, such as virtual set design and Event Cinema. But how will the usage of motion capture technology actually be appear in the film?

In Mirages, the sets are completely virtual. The project’s virtual set designer Tanja Bastamow says that the usage of motion capture in this production is different than in most productions that use the technology. Motion capture is commonly used for creating and defining natural trajectories for animated characters. The Mirages production’s objective is not to replace the human with a virtual character, but to capture movement so that the performer can move the surroundings.

The performer only has motion capture sensors on his arm and upper back. The amount is enough for capturing large movements and controlling the environment, but retaining the human body as it is. 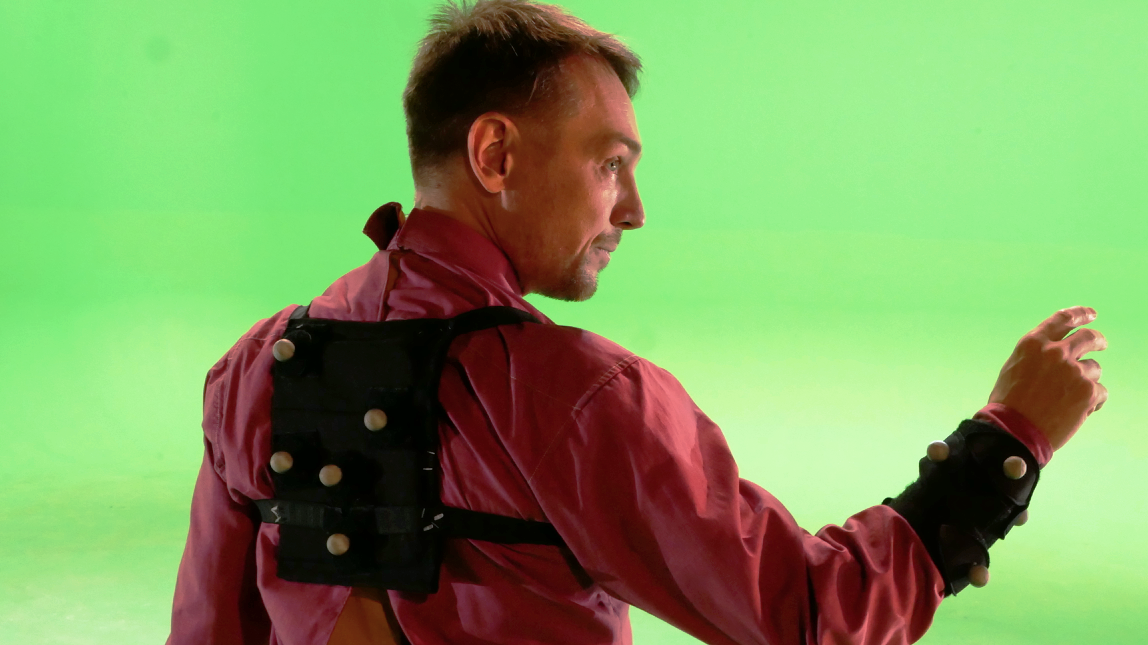 Another characteristic that is differentiating Mirages from other films out there, is how it will be distributed. The film will be spread in a recorded form and as event cinema performance. Event cinema means that the show will be filmed and streamed live from the studio into movie theatres. Real-time virtual technology makes the experience extremely immersive. In addition to the virtual technology, a big part of the film is the music. Kaija Saariaho, an internationally awarded composer, has made the chamber music that is used the film. Musicians that will play and sing in the live cinema performance are highly acclaimed professionals. 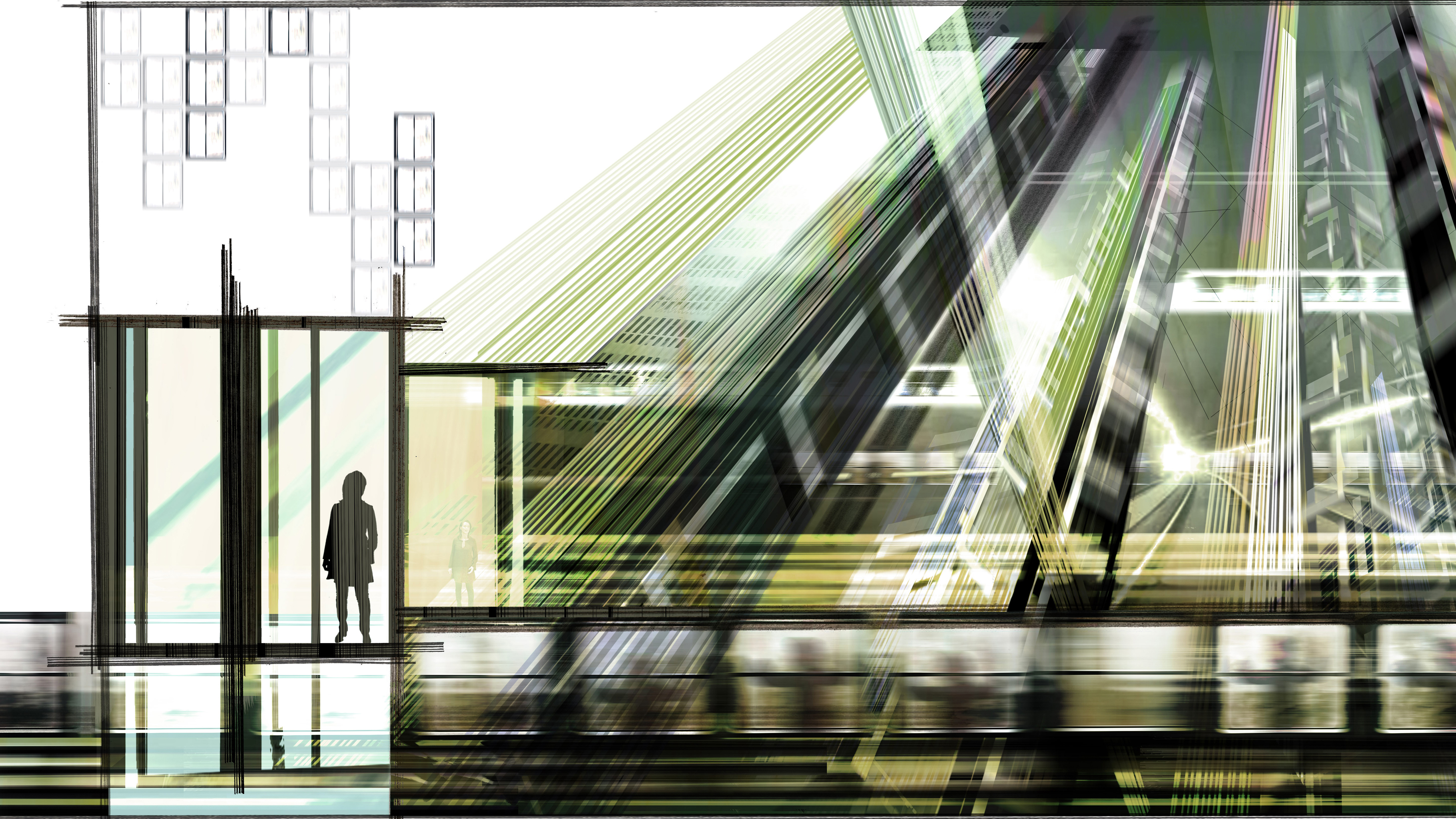 Screenwriter and director of Mirages, Marikki Hakola, says that artistic research differs drastically from scientific research by its objectives, procedures and findings. Using real time virtual elements is a new phenomena in event cinema performance. Mirages has a lot of components typically known from game design – such as the visual changes of the set caused by the performer’s movement. Hakola and Bastamow are looking to come up with something that hasn’t been done before. The internal interactions in the event cinema have plenty of potential to experiment and explore the possibilities of motion capture in virtual set design and artistic expression.

Hakola says that the goal is to develop the industry, especially the pedagogical side of it. The extensive project is a part of Hakola’s Doctor of Arts (D.A.) thesis at Aalto University.

– I am not only doing this for myself as my doctoral research project, but to provide knowledge on motion capture usage in performing arts for those who can benefit from that information. We have been working on this project since 2014, and we did our first demos in 2015. So we definitely are in the homestretch now, however there is still most of the visible work of the project that is still undone.

As the project’s main purpose, after all, is to bring something new to the industry, it is important to know what kind of information already exists. The production intends to add to the previous research by experimentation through senses. 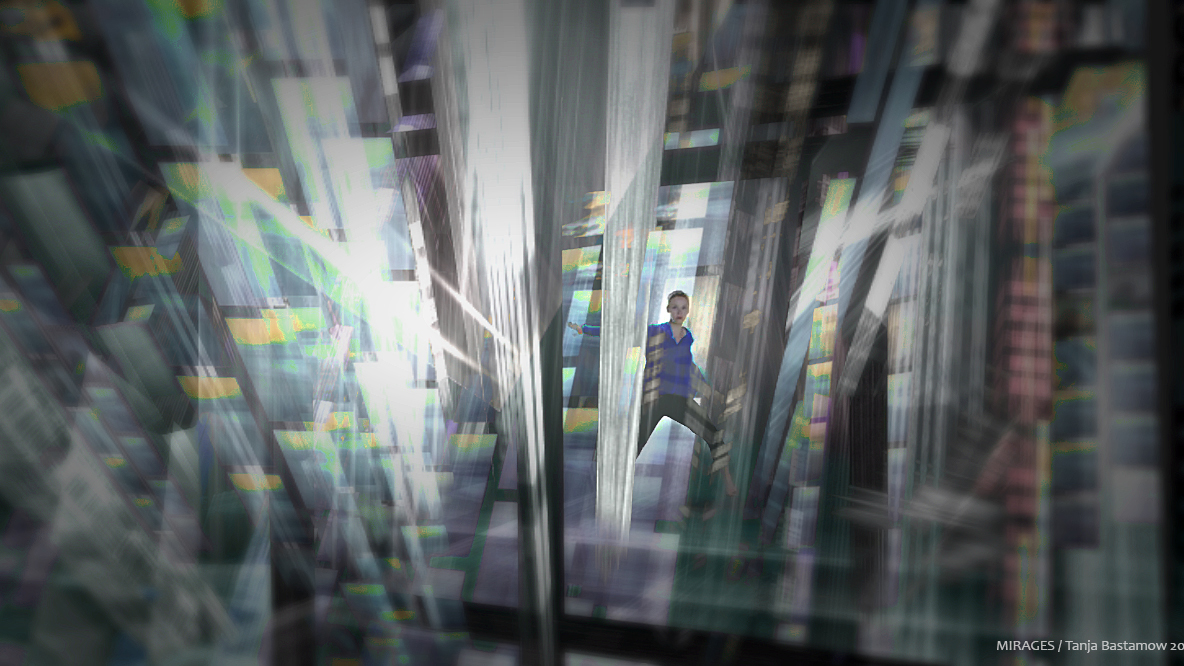 Mirages is produced by Kroma Productions in collaboration with StarHop Creative. Yle and Aalto University are also partnering with Kroma. Aalto Studios’ role in the production is crucial, as the production is filmed at the Roihupelto motion capture studio. Marikki Hakola is happy with the facilities at Roihupelto studio. She says that the studio meets the group’s needs in terms of size, equipment and technical staff. Hakola views the future of VR and motion capture filmmaking as a fascinating tool for combining film and performing arts.

– We are all very excited for the upcoming Aalto Studios’ media center. I believe it’ll be a international-level hub for many things this field needs, Hakola says.

Aalto Studios’ new media center will be built in Otaniemi next to Väre building. It is intended to open its doors in the end of 2021. Even though the floorplan is not finalized yet, a well-equipped VR studio and a modern motion capture studio are planned to be included in the media center of the future. 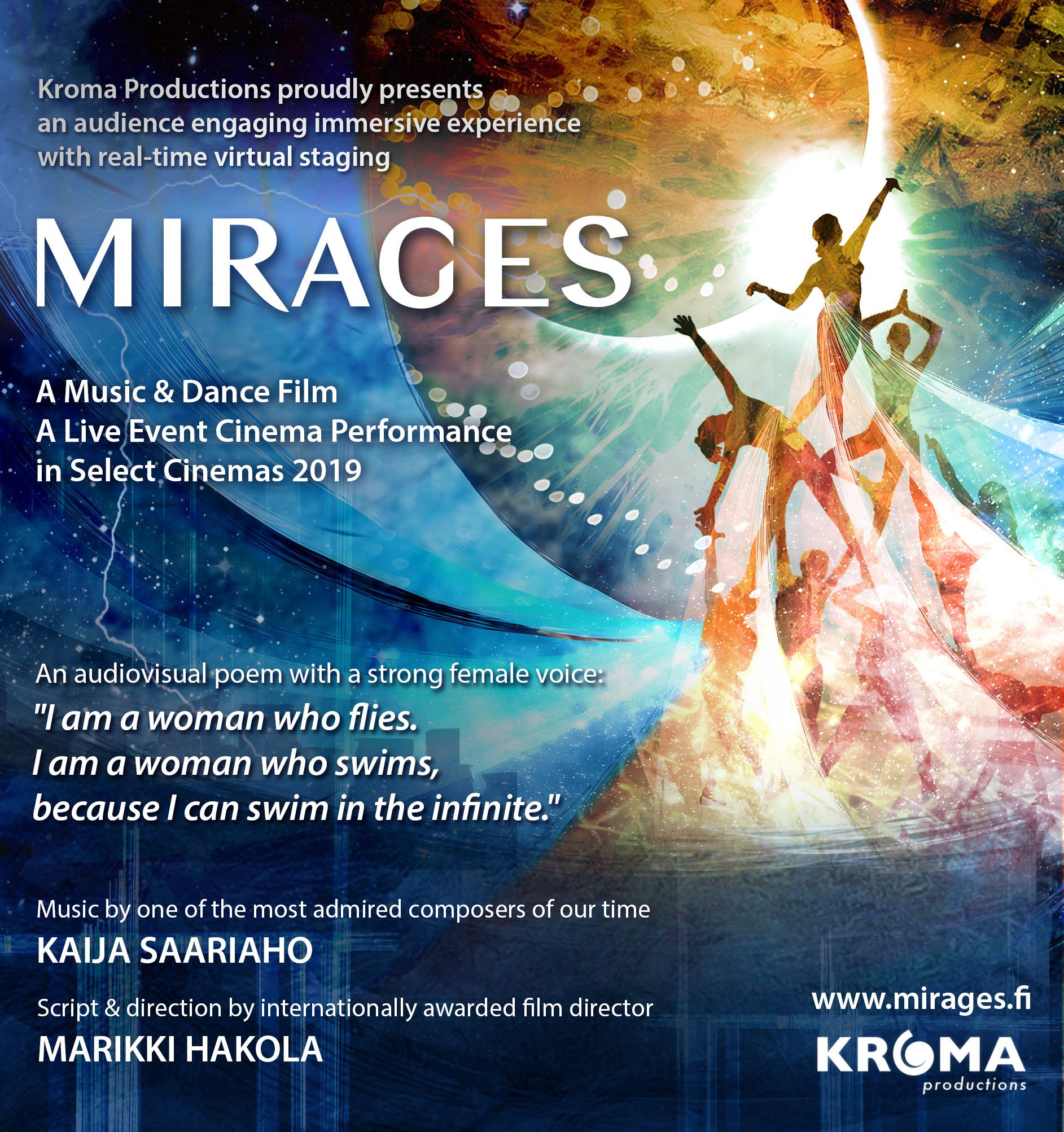