Every now and then, we’ll share a little bit about the team behind Aalto Studios. Today, we introduce you to Marcus Korhonen, the guy who runs the show around here. Marcus joined Aalto Studios after several years at Yle, excited by the opportunity to affect the Finnish media landscape. Without further ado, here’s a brief interview with our chief.

Marcus: I’m the operative director at Aalto studios. That means running our the day-to-day operations, while simultaneously leading the development of the future digital media centre that will be built on Otaniemi Campus by the end of 2021. I think it’s quite challenging sometimes to put those two things together. The way it works in life is that operative matters try to eat your long-term development efforts and visionary concepts as a breakfast, first thing in the morning, every single day. So I really try to keep that big picture, and moving development of the new media center forward as the main priority. I think that the concept stage and the development of the new media centre has started really well, and I truly believe that we are onto something unique,

where we can really serve every single school of Aalto University, and really bring people from all over university and surrounding industry together around new digital technologies and research projects, and teaching that goes around them.

I think this is an amazing opportunity to really affect the whole Finnish media landscape by affecting the new people that we train and by enabling the research that we do in the digital industry and media business. This is a very unique project, these kinds of projects where you can put this type of a new concept and facility and centre together in way that can really affect the whole industry in such a big way — you just don’t come across them that many times in a career, so when this opportunity was presented I just felt like, “Okay, I have to take that.” This was actually the first application I now sent outside Yle for any job, after spending nearly 8 years there.

I think the most interesting thing about our concept is bringing together people, technologies and ideas in a new way. It is actually really what is the concept of whole Aalto University — the idea that we bring together the engineers, the business school personnel and students, the arts students and arts research into that mix. And then, ideas start spreading and coming together, and when you get enough good ideas mixing and merging, thats when you can generate truly new big ideas that actually, can really even change the world. It sounds like a cliché, but I truly believe in that, and I think that’s the most exciting thing.

A lot of times in my working life, one of my main taks has been to generate new ideas, and I’ve never ever believed in not sharing your ideas. I’ve only believed that ideas need other good ideas to challenge them to hone them, and they need different point of views and perspectives. And the danger of somebody stealing your idea once or twice in your life is a lot smaller than what you lose in not sharing your ideas and getting that feedback and other ideas from other people.

Aalto Studios, the media center of the future, goes live in 2021 and is going to have amazing facilities for film, media, games VR/AR/MR, visualisation and presentation. What would you include in the new building dedicated to media that was not core part of the ole Lume facility?

Finland is very much a leader in, for example, mobile gaming. So we’ve got great mobile gaming companies, but as I’ve been talking a lot to mobile gaming companies the message has been, as a country we’ve got quite a long way to go in our gaming education. And I see a huge potential in Aalto University to expand and enhance the gaming education that we do here, to take it to another level. So I think it’s something really important with the new media centre, that we design it together with our game education faculty to enable just that.

Where do you see your own work going? What might it become?

The idea of being in control of even one’s own future is somewhat of a mirage. Therefore, I believe in eternal learning and being ready to take the opportunities that are presented to you. This project will teach me new skills and introduce me to new people and ideas and at some stage there will be an idea/project that I just need explore further and be involved with. 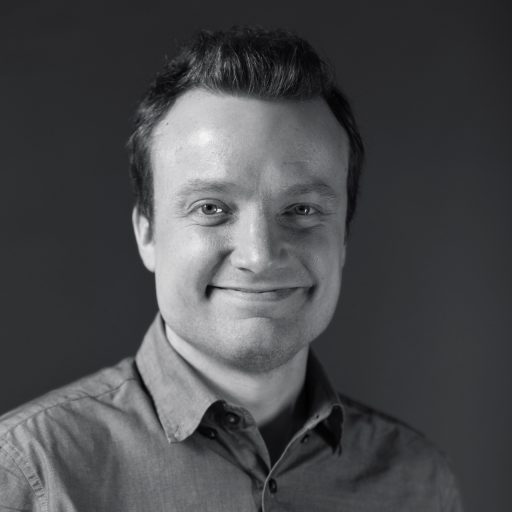