Every now and then, we’ll share a little bit about the team behind Aalto Studios. Today, we introduce you to Marko Kettunen, our stage manager at Kallio Stage. He joined in 2017 as we put the finishing touches on our new spaces in Otaniemi and Kallio. Without further ado, here’s a brief interview with Marko.

Marko: I am a stage manager at Aalto Studios’ Kallio Stage in Helsinki. My responsibilities are light and sound, the maintenance of the venue and interaction with all the collaboration partners.

I have a long career in light and sound engineering. I came to Aalto Studios because I am intrigued by the concept of new media centre and the future of Aalto Studios. I want to be able to see close and to influence on everything that Aalto Studios is building to Otaniemi. It’s going to be a hybrid and a meeting place of culture and technology. I am very excited to be part of all that.

We have been doing a Lidar shooting at Kallio Stage. These shootings enable to have millimetre precise 3D presentation from the venue. The material creates limitless opportunities. It provides the scenographer and light designer with an extremely exact layout of the space. It can be used for creating a 3D trailer of the space for example or even a virtual game about the venue.

Another idea I’m excited about is to utilise 3D image and VR technology as part of a show. In theatre play for example the audience can watch the live performance with live actors but also put on VR gear which would transform the scene to completely something else.

Kallio Stage will be perhaps the first in Finland where it’s possible to combine traditional theatre and VR technology. I am sure the students at Aalto University and Helsinki Theatre Academy will be really excited when we introduce this new feature.

Aalto Studios, the media center of the future, goes live in 2021 and is going to have amazing facilities for film, media, VR and sound design. What would you include in the new building dedicated to media?

I would have virtual reality and high-end light technology. I would like to see how technology integrates to performing arts. We’ve already seen these kind of amazing productions in the UK for example. I can very well see that Aalto University has pioneers who would make it happen in Finland.

I’m really excited about having the opportunity to test out all these ideas at our Kallio Stage right now and then transfer the best initiatives and ideas to the brand new media building. 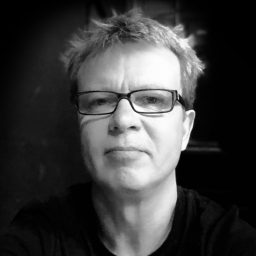